Tell your friends about Fruits With Mud Pot 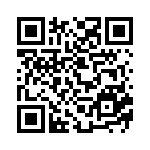 Delivery
FREE Within Australia:
Outside Australia: $1750.00 Sedunath Prabhakar, officially Pradeep Prabhakaran born in 1974, in a village near Cochin, the biggest city of Kerala state of the southern part of India. He was very passionate about painting, music, cultural and traditional art forms, and diversity even at the school age. He started to draw at the age of four and started painting at the same age with color chalks and natural charcoal. After plus two he joined in Diploma for fine arts in his town. He was trained very well about anatomical drawing and watercolor paintings from that art school. There was no training for oil painting at that time. Hence he started to learn oil paintings himself. He felt it was a success when he was appreciated by the senior Artists who worked in the same town.
According to some of the senior artists’ advice, he went to Gujrat state and joined in Fine Arts College of Baroda. In Baroda he could be more creative and experience more different styles of paintings. It made him a dedicated artist.
During the study he was invited to make a new permanent gallery for Jain culture in Aradhana Dham Jain temple near Dwaraka, Gujrat. He spent around 4 years in that project and the gallery became true. In every festival season, around 3000 people visiting that gallery daily. He was a proud recipient of ‘Hemaprabhu guru’ award from Gujarat state which was conferred for such an iconic creation based on Jain tradition depicted with the medium of oil paint in this gallery.
Sedu’s artistic innovation was widely recognized at his first solo exhibition conducted in his home state, Kerala, in 2001. It was a series of oil paintings titled 'God of Religion' in which he made an attempt to bring out the unholy bonding of religion's interplay in society. With his daring and creative work, his paintings made headlines and widely attracted the critics and the public. The solo exhibition was inaugurated by the world famous Indian writer Kamala Surayya at Chithram art gallery, Kochi, Kerala. He was also fortunate enough to conduct two more solo exhibitions in Kerala.
The second exhibition was at Trivandrum Museum art gallery which was inaugurated by the great Indian actor Bharat Murali. The next one was in Kozhikode, inaugurated by well-known politician Mr. Sharad Pawar.
Sedu moved to Australia in 2009, made a studio in home and later on he participated in lots of group exhibitions in Australia. In the first exhibition he was chosen for the “standing at the cross road” award from a group of 200 Artists. It was a proud moment in his life as he was the first Indian origin Artist to receive this award. The second exhibition was another memorable event. At this exhibition, his painting named ‘The mother’ was chosen as one of the three most appreciated paintings. Gradually he acquainted various glittering faces that were made Australia as a modern nation. The Artist travelled through the Australian history and picked 50 iconic personalities up. It was a distinct experience which he started to paint the 50 faces in a 50 meter single long canvas.
It took 1.5 years to complete the 50 meter canvas which portrays all the 50 paintings. In 2015, this portrait series has been conducted as a solo exhibition in Australia and titled ‘Pride of Australia’. This proudly showcased and considered the series of portraits as it is the first and foremost attempt in Australia. This exhibition stood out and acclaimed much public and media attention as it is the first such artistic creation showcased in Australia. The Artist was turning to medium of Acrylic to paint these portraits and he loved the medium very much.

‘Pride of Australia’ Painting exhibition has been held in Parliament of Victoria, Australia in May 2017. Sedu has been invited by the Hon. Speaker of Parliament Mr. Colin Brooks to exhibit the portrait series in Parliament. It was the first time an Indian origin Artist who gets this great chance in the Parliament of Victoria. The exhibition jointly inaugurated by Hon. Speaker Mr. Colin Brooks, Hon. President of Upper House Mr. Bruce Atkinson, Minister of Finance & Multicultural Affairs Mr. Robin Scott and Consul General, India Ms. Manika Jain. Shadow Minister for Investment, jobs and Trade Mr. Craig Ondarchie, Ex. Premier of Victoria Mr. Ted Baillieu, Mr. Murray Thompson MP (Member of Parliament) and Multicultural Adviser of Premier Mr. Jasvinder Sidhu was the chief guests. Lots of other Parliament officials, community persons and media people were attended.

In 2017, middle of Australian spring time, he travelled to Oman as he has been invited by the Sultanate of Oman and Indian Embassy for Oman jointly to exhibit paintings in Fine Arts Hall of Muscat. As an intensive passionate about history and tradition, he entered in to the Omani traditional culture and created 40 paintings in acrylic. The paintings depicted the rich and diverse cultural heritage of Oman, inspired by the Leadership of H.M. Sultan Qaboos bin Said Al Said and the millennia old historical relations between India and Oman, and the common features reflected in the cultural traditions of the two countries.
The exhibition has inaugurated by the Minister of information His Excellency Dr. Abdulmun ‘em bin Mansour bin Said Al-Hasani on 07 November. His Highness Nader Mohmmed Al Said, revered Ambassador of India to Oman His Excellency Mr. Indramani Pandey, Director of Omani Society of Fine Arts Madam Maryam Al Zadjali were the chief guests. Lots of Oman based artists were gathered on the occasion. The Exhibition was the part of celebration of the 47th National Day of Oman and also 70th years of Indian independence celebrations. The Exhibition has exhibited showcasing the high-level Political exchanges between the two countries.

He started learning Indian classical music right from his childhood. His first teacher was Guru Padmanabhan, who was a very well-known musician. He found a talented musician in him in an early stage and molded him as who is he now. When Guru Padmanabhan passed away, Sedu continued learning music under another well-known musician Guru Venmony Shivaram. He was fortunate enough to perform a few concerts with his Gurus which later paved the way to his solo concerts. In Melbourne Sedu performed as a musician in several stages.
In 2014, he founded a school in Melbourne for Art and Indian classical music, named ‘KALAKSHETRA’. He shares his knowledge and insights as an artist and musician with young Australian students at Kalakshetra Art and Music School. The inspiration behind the school is his strong desire to introduce the artistic culture, art and music to the young generation who reside in Australia.
Reading books was an essential part of his life from his childhood and it was not just a habit. It was a self-realization that without books the flow of life will be desolated. He started to write in popular periodicals in Malayalam. His first novel was published in 2001, titled ‘Bhoonam’. The second novel is ready to publish both in Malayalam and English, titled ‘Sri rama is the name’.
Sedu also started to learn martial arts in Shito-Ryu Karate at the age of 14 and gained black belt at the age of 19. He started to teach karate in Gujrat, India while he was living in Baroda. He still practices martial arts under, world- famous trainer Sensei Con Kassis.
Latest paintings to be exhibited
The conflicts of 21th century world and those are raveling the civilizations and pluralism is the subjects of Sedu’s strokes. The Artist says himself, ‘it is a straight bridge between thoughts and canvas’. In a decade, the communal polarization occurs in latest India, forced him to make two new series of paintings. One explores the mythological stories and our epics in the sense of literature. Other, getting in to the history and unravel the unholy nature from the ashes. His succinct strokes and colors document the destruction of humanity and collapse of fraternity. It portrays the social and political injustice, cultural conflicts and pressures what modern life demands of us. He has adopted the philosophical sense of colors; bring the mythological and historical characters on canvas, how they were acting in the texts and how to be acted in the modern society too.
He brings a new style of painting which is a collaboration of Australian Indigenous color mode and Indian native color mode. The subject tries to say that how the Indian mythology makes the modern society absurd and illogical.
Definitely a society supposed to be more integrated and civilized with the global connection and modern terms of knowledge. Unfortunately it goes downwards with the religious sense of texts and rituals, not in the sense of literature and values. By bringing the mythological images in his paintings how they act in our human history making Brahmanical domination and patriarchal discrimination.
He followed the philosophical aspects of colors which were used in Australian Aboriginal paintings as well as Indian native paintings. Even though it doesn't mean that he took the style of Aboriginal paintings or Indian mural paintings. He meant how the Indigenous people are similar wherever they live, like Australian Aboriginals, Indian tribal, Red Indians...They bring their color mode from their down to earth life style. Color of soil, mud, leaves, flowers... This is the colors of innocence. There is not much mixing color with other color. He says, ‘Mixing method is an academically practice rather than inborn’.

The Artist believes, the history is not just what happened in the olden days, but it is an index finger what it would be. You can try to wipe out this name, you can derogate this name, you can manipulate about his walks, but which name will be come out to the timelessness, and the name is Mahatma Gandhi. Here Gandhi is not a holy cow; he is a man of seeking and travelling in both self and exterior. The walking man is not an iron pillar, not patinated, and making mistakes at a time are not making a man of mistakes. Hey Ram - The Death Of Gandhi Still Not Satisfied??? I want more from Sedunath Prabhakar